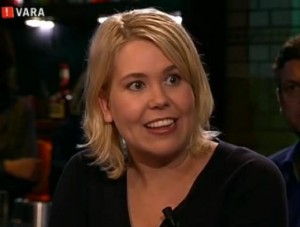 Over the last weeks, the Netherlands has been confronted with two suicides, allegedly bully-related. These suicides have been the subject of fierce media attention, with a single message: bullying is horrible. Earlier I wrote an essay for de Volkskrant arguing that this message is not effective in preventing bullying. On Friday 14 December, I was a guest in De Kunst Van Het Maken, a television talkshow on media and journalism. I argued that the intense media attention for these incidents is counterproductive. Although it might be comforting for victims to realize they are not alone, the media has no agenda of banishing bullying. Instead, it creates and capitalizes on an industry of mass mourning and pity. As the media focus on extreme examples, the everydayness of bullying is overlooked. People who might bully sometimes, do not recognize themselves in these media stories and are thus not forced to reflect on or revise their own bullying practices. Watch clip here.